Hawaii is one of those places that even as a child I harboured dreams of visiting one day. I didn’t know much more about it than I’d read in my school encyclopedia – I’m not even sure that I realised it’s a US state, or that it consists of many islands, not just one – but I imagined it as a place where the sun was always shining, the beaches were lined with palm trees, and every drink came with a cocktail umbrella.

When a wedding invite landed in our mailbox last year – destination Kaua’i – we could not have been more thrilled. Kaua’i is Hawaii’s fourth largest island. It’s also the oldest and the most northern, and is often called the Garden Island because it’s so green. The striking landscapes have led to dozens of movies being filmed on the island, including Jurassic Park, Pirates of the Caribbean, King Kong and South Pacific.

Because we spend so many of our holidays visiting family and friends, it’s rare for us to travel somewhere new. But even DorkyDad had never been to the Aloha State: it was one of just two US states (the other being Alaska) that he’d never had reason to visit. We’ve spent the last six months feeling very excited about this trip. END_OF_DOCUMENT_TOKEN_TO_BE_REPLACED 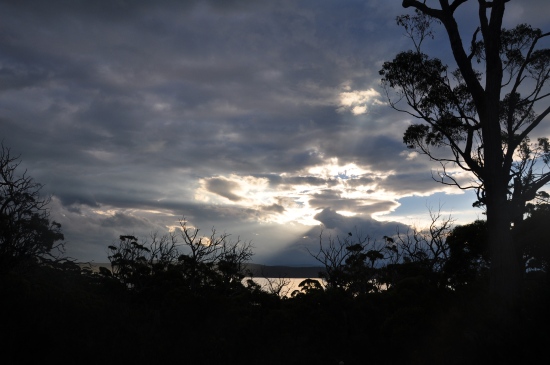 Sometimes you find a holiday spot that’s just so beautiful that you feel torn between telling everyone about it and keeping it a secret so it doesn’t get overrun.

That’s how I feel about our time away on Bruny Island last week. Given that my blog audience is a small one though, and that most of you live many thousands of miles away, I feel safe in spilling the beans. END_OF_DOCUMENT_TOKEN_TO_BE_REPLACED 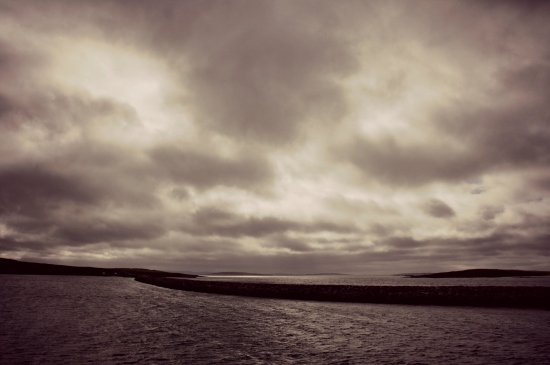 It has been a bit quiet around here, eh?!  I hope you enjoyed some of the lovely guest posts I had scheduled over the last couple of weeks though. We’re now just getting back into our normal routine after some nice time away

We headed up to Harris first to visit some of my family, and had a great time.
END_OF_DOCUMENT_TOKEN_TO_BE_REPLACED

“Oh no,” said DorkyDad. “What a terrible start to a holiday.” We had just been treated to the sight of Alex Salmond, recently off a flight from London, strutting through Edinburgh airport. For a man in a crumpled suit, he exuded an extraordinary air of arrogance.

As it turned out, DorkyDad was right. Our holiday did not get off to a great start. A security alert at Edinburgh meant that we missed our connection at Heathrow. Despite arriving with 25 minutes to spare, we were discouraged from even attempting to catch it, and had already been re-booked onto another flight the next morning.

There followed a farcical afternoon and early evening, in which we were sent from floor to floor, desk to desk, and back again, in an attempt to secure three things: our bags and DorkySon’s pram, a bed for the night, and confirmation of our flight the next day. It proved surprisingly difficult. Individually, every member of staff we spoke to was lovely. Collectively it seemed like the right hand wasn’t even aware of the left hand’s existence. I am giving myself a week or two more to chill out before I write to BA… but they had better be ready for me.

Anyway, four hours and one jaw-droppingly expensive hotel room later, all was well. DorkySon would probably have been happy if we’d spent that one night at the Heathrow Hilton and come home again. He got on a bus to the hotel; when we’d got settled we ordered room service (or as he puts it “A man knocked on the door with burger and chips”); there were chairs that were the perfect height to practice jumping off; there were unlimited bubbles in the bath; and then he spent the night in a new bed. What could be better?

The next morning we got on our flight to Toronto without any problems. Three flights later we are back in Edinburgh, and there have been no other major setbacks. But the whole experience has reminded me how unpleasant it is to fly.

That may be partly due to how much harder air travel is as a family. We found it stressful enough with two parents and one toddler. I’m still getting chills thinking about the poor woman I saw waving off her husband, before boarding a transatlantic flight alone with three children. I found myself having single passenger envy; glaring at those people who sat alone at a table, sipping wine and reading a book, their one small carry-on bag tucked in by their feet. I sat there in the same café – sweaty old me with a bulging backpack, smoothie smears on my leggings, trying to cut up an overpriced pizza with one hand while sending reassuring texts to family members with the other – and wondered what had happened to my life.

But as other bulging backpack carriers will know, preparation is everything. If you’re getting on an eight-hour flight with a two year old, and you don’t want to annoy every other passenger by having a screamer, you need to have enough books, toys, crayons, stickers, snacks, nappies, wipes and iPad apps to go the distance. The liquid ban has made it harder. I had three cartons of Peter Rabbit organic apple juice confiscated in Edinburgh because they were 125ml instead of 100ml. I feel genuinely sorry for the folks working at security these days, because they seem full of common sense – they realized just how ridiculous that was, and were deeply apologetic – but rules are rules.

We encountered lots of good intentions; lots of instances of people trying to do the right thing. We were invited to pre-board on almost every flight… but pre-boarding only works if you actually let people board the plane and get settled, rather than just moving all the families from one hot, cramped room into another. Gate-checking your pushchair is another great idea… but only if you get it back at the plane door at the other end. When we gate-checked DorkySon’s battered old Maclaren in Edinburgh we didn’t realize that it would be sent right through to Toronto… and so when we missed the connection we had to make all those runs between floors without it.

The US and Canada seem to be doing better than the UK.  In both Toronto and Boston there were ‘family only’ security lines, which are a great idea. Not only were they much shorter and faster, when I had to negotiate with DorkySon to remove his shoes, and got in a bit of a tangle trying to fold up his pushchair, I got sympathetic looks rather than irritated ones.

It was the tiniest of glimpses into the way that air travel might look if it was designed by families. Imagine if there were walk-through scanners that allowed you to leave your sleeping baby in their pram rather than wake them up and carry them through. Imagine if there were cartoons on every TV in the airport, drinking fountains, healthy snacks and a range of toys available at every gate. Imagine if, once on board the plane, there was a dedicated nappy changing facility, a sticker book for every under-5, and no armrests to cut off the circulation in your arm when your toddler falls asleep on you.

Sigh. It is a nice dream. And if anyone has any bright ideas about how to make it happen, do let me know. But in the meantime we will make do with missed connections, overpriced pizza, and lost baggage. It is a small price to pay for spending time with loved ones.