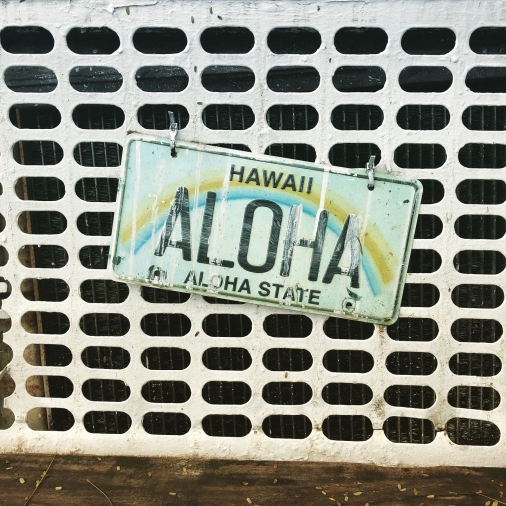 Hawaii is one of those places that even as a child I harboured dreams of visiting one day. I didn’t know much more about it than I’d read in my school encyclopedia – I’m not even sure that I realised it’s a US state, or that it consists of many islands, not just one – but I imagined it as a place where the sun was always shining, the beaches were lined with palm trees, and every drink came with a cocktail umbrella.

When a wedding invite landed in our mailbox last year – destination Kaua’i – we could not have been more thrilled. Kaua’i is Hawaii’s fourth largest island. It’s also the oldest and the most northern, and is often called the Garden Island because it’s so green. The striking landscapes have led to dozens of movies being filmed on the island, including Jurassic Park, Pirates of the Caribbean, King Kong and South Pacific.

Because we spend so many of our holidays visiting family and friends, it’s rare for us to travel somewhere new. But even DorkyDad had never been to the Aloha State: it was one of just two US states (the other being Alaska) that he’d never had reason to visit. We’ve spent the last six months feeling very excited about this trip. END_OF_DOCUMENT_TOKEN_TO_BE_REPLACED

On our penultimate day in Edinburgh, I was woken at 6am by a soft, rustling sound in the hallway. It wasn’t, as I first thought, a wee mouse. It was DorkySon tip-toeing around the flat, gathering his belongings, and starting to pack.

It seemed that he was ready to keep moving.

In the cab to our hotel in Helsinki, we realised that it was DorkySon’s first time in a country where English is not the first language. We were throwing him in at the deep end: Finnish is very pretty and melodic, but the linguistic rhythms are so different to the romance languages we’re familiar with that we found it a real challenge.

Judging by the cab driver’s bemused look, I completely mangled the name of our hotel and the neighbourhood in which it stood. Over the coming days our embarrassment grew further. Even a simple thank you – Kiitos – took many attempts before we mastered it.

We persevered though – all three of us – because there was a lot to say Kiitos for. END_OF_DOCUMENT_TOKEN_TO_BE_REPLACED 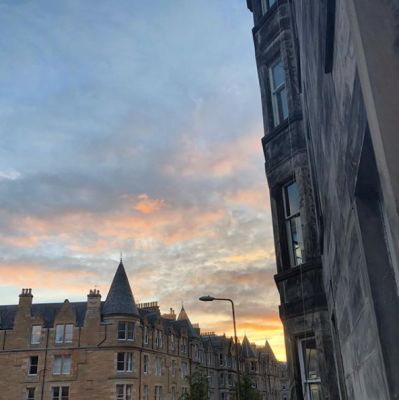 It was time to leave Harris for the second part of our trip: a week in Edinburgh, followed by a few days in Helsinki, and then the long, long journey home.

We’d said our goodbyes, stuffed things back into our bags, and negotiated the notoriously tricky security line at Stornoway Airport. We were sitting on a tiny plane waiting to taxi to the runway.

Ten minutes later… we were still sitting there.

Twenty minutes later… we were still sitting there.

The pilot came on the radio and said he was going to turn the plane off and turn it back on again, in an attempt to fix whatever mechanical issue was causing the delay. Unfortunately, the old on-off-on again trick doesn’t work as well on Embraers as it does on iPhones, and a few minutes later we found ourselves traipsing down the aircraft steps and back into the airport. END_OF_DOCUMENT_TOKEN_TO_BE_REPLACED