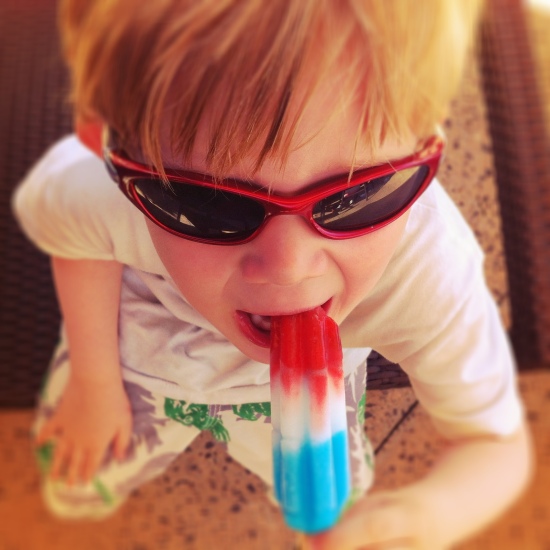 When I shared our big news last week, I mentioned that we’re trying to spend as much time as possible visiting family and friends this summer. We started with our wonderful trip to Harris at the end of June, and I said at the time it was one of the best weeks DorkySon had ever had. That remains true, but after the fortnight that we’ve just spent in the States I think we’ve got another holiday to add to the list of favourites. END_OF_DOCUMENT_TOKEN_TO_BE_REPLACED 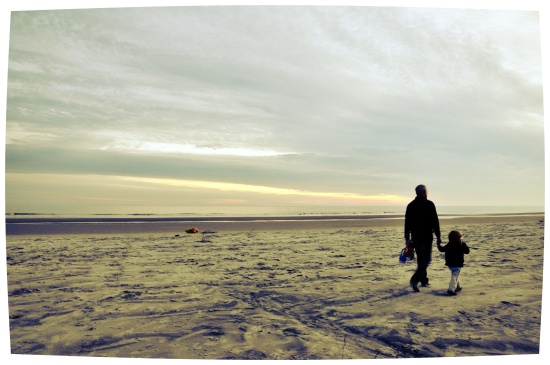 We always say that DorkySon seems to grow up more in the space of a week-long holiday than he does in the other 51 weeks of the year, and our recent break turned out to be no exception.

It was truly one adventure after another, with something new and exciting for him to enjoy every day. We don’t own a car, so even a short taxi ride is something of a novelty – when our holiday began with an hour-long car journey down the motorway, he thought that was the best possible start. We were headed into London for a night in a hotel there. DorkySon had sausage and mash, and then jelly and ice cream for dinner, while looking wide-eyed out the window at the buses and taxis rushing by. The next day we had a long train journey to Edinburgh, then two nights in a hotel and a full day with DorkyGranny.

All that before our holiday had even started for real! END_OF_DOCUMENT_TOKEN_TO_BE_REPLACED 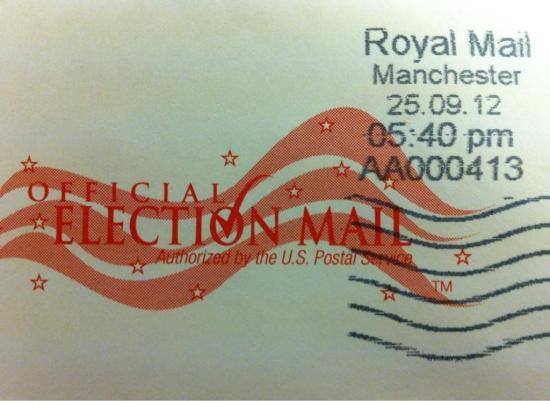 Twelve years ago my political sap had just started rising. I was still at school, and I wasn’t old enough to vote, but Scotland had just established its own Parliament and I was starting to pay attention to what was going on in the world, and starting to have opinions on that. I no longer referred to the debates as ‘boring talking programmes’. I had watched Bill Clinton lie through his teeth about Monica Lewinsky, but I still believed that he was one of the good guys. I didn’t stay up to watch the election results, but over the coming weeks my vocabulary expanded to include terms like hanging chads, Electoral College and Supreme Court.

Eight years ago I was still at university. I had marched against the Iraq War; carried a placard and sat down in the street to sing angry songs about Bush and Cheney. On November 2nd, the student union secured a late license, and I stayed up all night with my friends, watching the results come in. At some point, someone mistakenly announced that Kerry had won Ohio, and we all cheered and jumped up, spilling our pints on each other. When it became clear that Bush was going to be elected again, we all cried, and slunk off home to sleep.

Four years ago, I was pregnant with DorkySon. During the primaries, my computer screen at work had been plastered with post it notes, keeping tallies of super delegates and highlighting key dates. I bought a Scotland for Obama t-shirt, large enough to cover my bump, and sat up all night, snuggled under blankets on the sofa. When Obama won I didn’t stop smiling for days.

This year – tonight – I will go to bed before the polls have even closed. But I care more about the result than I ever have before. END_OF_DOCUMENT_TOKEN_TO_BE_REPLACED

Okay, I promise this will be my last holiday-related post. After this I’ll get my head together and start focusing on life in not-so-sunny Scotland again. But our ten days away were too full of good moments not to share at least some of them. This also serves as my ‘Live In the Now‘ post for July, because it captures so many details that I don’t want to forget.

Well, the travel itself wasn’t exactly awesome. In fact, I dedicated an entire post to how much I dislike flying. But what I loved was discovering what an amazingly good traveller DorkySon is; five planes, three taxis, three buses, two cars, one train… and not a single toddler meltdown. I would love to say that it was our thorough preparation that led to the smooth journey, but in fact we’re just incredibly lucky to have a mellow two year old, who barely seemed to notice the delays and queues. He slept on almost every aeroplane, attacked the inflight meals with gusto, and beamed at the cabin crew every time they passed our seat. He was thrilled by the taxi rides, excited by the bus journeys between terminals, and is still talking about his ‘special seat’ in the hire car. Whereas DorkyDad and I usually ended up crumpled, tired and crabby, DorkySon emerged from every journey with a smile on his face and ready for the next adventure. I don’t know how he did it, but he’s a champ.

Oh my, the food. Every time I’ve been to North America I’ve come back at least half a stone heavier, and this time was no exception. We set the tone when we had Krispy Kreme donuts for breakfast at Heathrow. Then every morning at Uncle P’s we had pancakes and bacon with maple syrup, and either chocolate milk or freshly brewed coffee. We had honey glazed chicken wings at Cuda’s, steak tacos ever at Chorizo, and enchiladas at Taco Bell. Aunt A – for whom I have a whole new level of love and respect after seeing her in the kitchen– made mac and cheese, sweet potato fries, and amazing key lime pie. All that and we hadn’t even made it to New England yet! Ahh, New England, land of lobster rolls, curried mussels, steamed oysters, and our friend Meegan’s beautiful shrimp and lemon pasta. We ate our last lunch at Pocos; sitting in the sun, listening to the sea, accompanied by a Margarita. It was awesome… but my thighs are very grateful that we only go once a year.

DorkyDad and I are fairly antisocial types by nature, but this break reminded us how important it is to spend time with good friends; how your soul can be warmed and your heart filled back up after ten minutes in the right company. Over and above our own fun times – sitting on a sunny deck in the evening, sipping wine, chatting and laughing – we got so much pleasure from seeing DorkySon meet our friends for the first time, and feel at ease with them even more quickly than we had hoped. He almost had too much fun; laying on the floor listening as Sal, his Godfather, played the piano; sticking his head around the kitchen door to play giggly games of peek-a-boo with Meegan; and lapping up the attention of Sal and Meegan’s two sons, who were keen to share their trucks, show off their favourite playgrounds, and teach him how to catch crabs off the dock. DorkySon blew countless kisses at our dear, sweet friend Nels, before stealing most of the bacon from his plate at breakfast. He had to be dragged away from the earthy delights at Amy and Andrew’s farm, but our family photo album is much improved by the new pictures of him sitting on a tractor, saying hey to the horses and goats, and eating strawberries that he’d picked himself.

My poor Canadian family. Most of them had only met me once before, and I think had formed a vision of me as a quiet and fairly shy person. After our third night in Toronto, when I drank all their wine and ranted about politics for a couple of hours before crying at the injustice of the world and stumbling into bed, I think they may have had to adjust their thinking slightly. But thank goodness for DorkySon – his sunny presence makes it easier for everyone to overlook my mistakes. How happy he was to sit with his cousins; reading books, building towers and lining up cars.  How thrilled he was with the green dump truck that Aunt D and Uncle P brought for him, and how proud he was to make everyone laugh with his early morning renditions of Old MacDonald.  How brave he was, creeping up to the glass door and blowing kisses at the family pets Gennie and Bella; two Swiss Mountain Dogs that towered over him by several feet. His way of letting people know that they had passed the DorkySon test – that he was entirely comfortable in their company – was to give them one of his stickers. He would sidle up to me, and whisper in my ear “Want to give Cousin J a cat sticker” or “Want to give Uncle P a truck sticker”. He would peel a sticker carefully off the sheet, and go running up to his chosen relative with it held out on the end of his grubby wee finger. They became highly coveted items in the Dorky household… but by the end of the holiday everyone had got one. The connection was complete. Now, more than ever, we understand how important it is for DorkySon to know his North American family as well as his Scottish one, and we hope to be back soon.

I’d only been to Portsmouth, NH, once before this holiday. So I wasn’t sure if the amazing artwork painted on building around the town was a permanent feature or a special exhibition. A quick Google search on my return revealed that they were part of the Street a.k.a. Museum exhibit, curated by the Portsmouth Museum of Art.

I’ve had a wee look at this map which gives the locations of all the artworks, and although I didn’t manage to spot them all in the couple of days we were there, here are the ones I did find:

A Portsmouth local has blogged here, posing the question of whether this kind of painting is art or crime. Thankfully they came firmly down on the side that says ‘art’. But as the sole comment on this Seacoast Online article shows, not everyone thinks that outdoor art is such a good thing. There is a great review of the exhibition here, and on the Museum’s own blog is a post detailing how one of the exhibits has already ‘evolved’ during its time in Portsmouth.

As a visitor to the town, I thought the exhibition was fantastic. It made a lovely, lively wee place even more interesting than it already was, and demonstrated in a very public way that Portsmouth is a town with a thriving art scene. The exhibition runs until the end of September, and unfortunately I won’t make it back to track down the paintings that I missed… but I hope it’s a format that the Museum of Art feels able to repeat again in future.