We made it! It’s the last installment! I’ve really enjoyed doing my A-Z of Edinburgh, and am hugely grateful to everyone who has read, commented and shared online. Someone asked me a couple of days ago if I was just doing it as a way of ‘filing’ my time in Edinburgh and allowing me to move on from living there and focus my energy on making a home somewhere new. That wasn’t the plan when I started, but on reflection I think they may be right… This is far from all-encompassing, but it has been a fun way of recording many of my best Edinburgh memories that I hadn’t written about before.

Saundersons. The best butcher shop in Edinburgh is Saunderson’s (although they are given a good run for their money by Michael Field in Marchmont). This is the place to come for juicy steaks as big as your head, Copas Turkeys at Christmas, and lots of banter. Saundersons secured their place in Edinburgh legend when they collaborated with Lupe Pintos to create the Tollcross Chili Pie – a Scotch pie with added fire from Spanish chorizo, Mexican chipotle and black beans. Yum.

Secret Sculptor. The anonymous paper sculptor is possible my favourite story ever. It has been written about extensively in the Edinburgh press and blogging community, so I wont re-hash – but if you want the cockles of your heart to be thoroughly warmed, then read all about it here. Or here. Or indeed here. The pic above is from Edinburgh photographer Chris Scott, also known as the literary paparazzo. You can see his full set of pictures of the sculptures on Flickr. 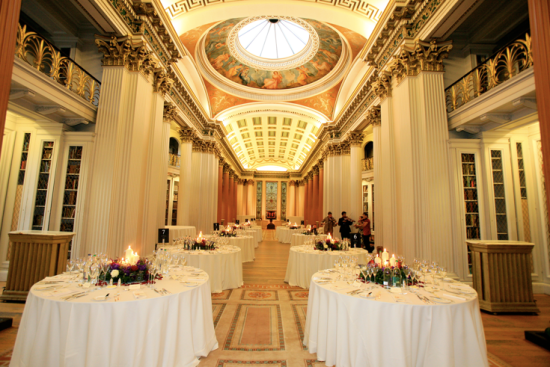 Signet Library. This is where DorkyDad and I got married, and it’s just a stunningly beautiful building, right beside St Giles Cathedral on the High Street. During last year’s Fringe it was open to the public as the Pommery Bar so we went back there on the last day of the festival, drank a bottle of champagne at 11am, and got ridiculously teary-eyed and nostalgic. There is a crack in the ceiling of the lower library which we are fairly convinced is the result of over-enthusiastic dancing on our wedding day. The photo above was taken by our brilliant wedding photographers Jack Photo, who I can’t recommend highly enough.

Street Art. Rarely could I take a walk across Edinburgh without spotting some brilliant new street art. Like any city, there was some unattractive scrawly graffiti too, but for the most part Edinburgh street artists create images and words that are smart, funny and memorable.

Tenements. Our new place is in a building with two floors… and a lift. A lift! For two floors! Dearie me, the hardy folk of Hertfordshire wouldn’t get on well walking up four or five flights of stairs to a top-floor tenement flat. Obviously there are some disadvantages to shared stairwells – they carry noise incredibly well so don’t ever try and have a private conversation as you’re walking up one – but tenement flats are, for me, an integral part of Edinburgh’s identity.

Toast. I am old enough to remember when Toast was called Kaffe Politik. It’s a lovely wee café in Marchmont, although not one with enough space for toddlers to run around. Pre DorkySon, if DorkyDad was away overnight for work, I would toddle up to Toast by myself and sit with a book and a glass of wine. Every so often someone on Facebook will start a debate about whether it’s a good thing or not to go out for dinner on your own. I am firmly in the ‘in favour’ camp. I think there are few things nicer, especially when you’ve got a cosy wee local restaurant like Toast nearby. 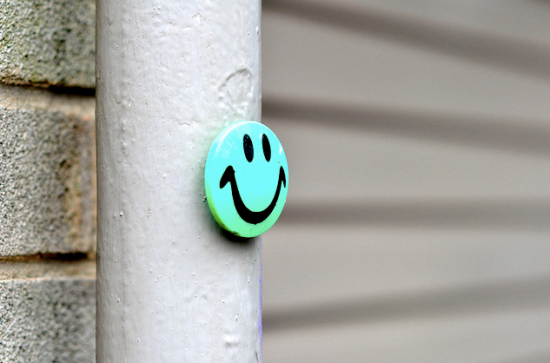 Victoria Street. This is definitely one of the prettiest streets in Edinburgh, with its cobbles and its colourful buildings. There’s a whisky shop, a cheese shop, a second-hand book place, some great clothes shops and a couple of kooky wee galleries. When you’re all shopped out you can pop across the road into the Bow Bar for a pint.

Viva Mexico. My favourite Mexican restaurant in Edinburgh (this is where I came for my burrito when I’d had the acupuncture session that spirited away my morning sickness). They do lovely margaritas, and really delicious, fresh Mexican food. Poor DorkySon snatched a jalapeno off my plate in here once when he was about a year old… I’ve never had to worry about him stealing my food again.

Wild West. Not a lot of people know about the Wild West tucked away in Morningside. It is worth taking five minutes to look around if you haven’t been before… Just don’t try and head into the Cantina for refreshments, or you’ll find yourself in Morningside Library.

Xmas in Edinburgh. I am a bit of a scrooge-pants. It’s not that I dislike Christmas; I just dislike shopping, and Christmas shopping all the more. The only thing that ever made it bearable was the promise of a large mulled wine and some Bratkartoffeln at the German Christmas Market when I’d finished. Even for crabbit folk like me, the Festive Season in Edinburgh is a magical thing. I love standing watching the ice-skaters at Winter Wonderland… and the big Christmas Tree on the Mound… and the lights along George Street… and the big Ferris Wheel… and the University Carol Service in McEwan Hall. This year we’ll be making some new traditions for ourselves in a new place, so make sure you have a wee shot on the merry-go-round for me.

Young. It goes without saying that the best thing about Edinburgh was meeting DorkyDad there.

Zoo. I am slightly ashamed that I never took DorkySon to Edinburgh Zoo. But honestly, I think the farm park was more his kind of thing. There are no tractors to sit on at the zoo. I also had memories of the place from long ago. I spent many a night at the Posthouse (or the Holiday Inn, as it is now) with my Dad, when he used to come down and visit. Being woken up every morning by the sealions and their big noisy honkiness may have clouded my judgement slightly.

And the ones I forgot – a list which I will probably continue adding to for as long as this blog exists: Good Seed Bistro, La Garrigue, Martin Wishart, Bristo Square, Bedlam Theatre, Eric Liddell Centre, Filmhouse Café, EH1, Armstrong’s, Jenner’s Christmas Tree, Museum of Childhood, Heart of Midlothian (the thing that gets spat on, not the football team!), Cockburn Street, Heritage Portfolio, Fruitmarket Gallery, Hothead, Borough Hotel (for the strawberry daiquiris!)