I went into London for a haircut on Thursday morning, but when I hopped off the tube there was a message from the salon saying that my stylist had called in sick, and could I see someone else an hour later.

Could I sit for an hour in the sun, with a second breakfast? Sure I could.

Could I have a wander around Covent Garden market, watching people set up their stalls and admiring the colourful Olympic flags hanging from the roof? Sure I could. 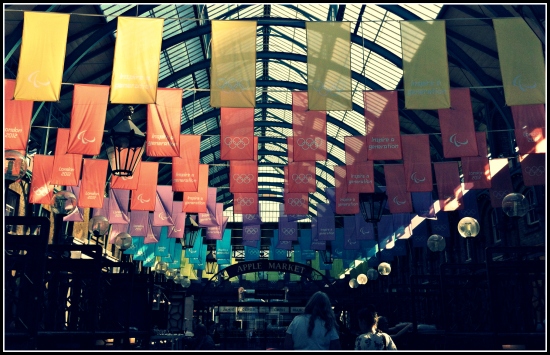 Could I walk up and down Long Acre, window-shopping and peering up at the bunting? Sure I could. 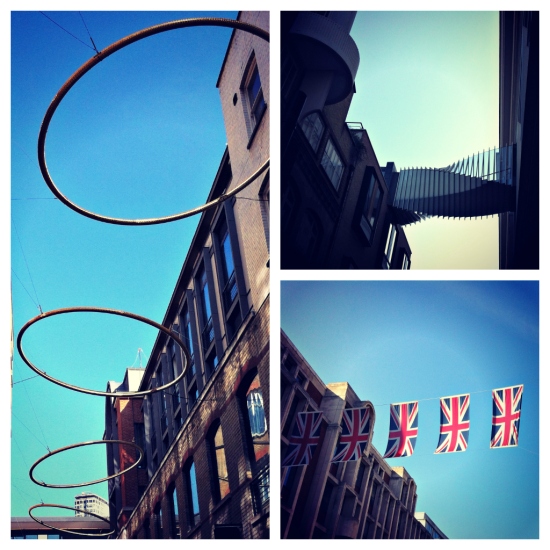 Could I find some funky street art in Neal’s Yard? Hell yes!

The atmosphere in Central London is wonderful just now. The sunshine helps, but so too do all the excited people on their way to watch Olympic events. The pride and excitement  – of spectators from every country – is infectious.

On the train into St Pancras, I was sat opposite a very sweet older couple, who were wearing matching Team GB t-shirts. The man was peering intently at a map, and the woman was double-checking how many homemade foil wrapped sandwiches she had in her tote bag. When they got off the train just in front of me, they headed straight towards one of the pink-vested Olympics volunteers, who pointed them in the right direction. 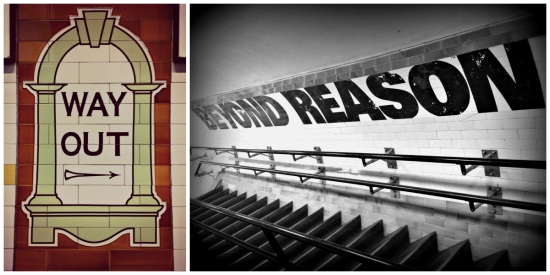 DorkyDad and I haven’t got tickets to any events, but my one morning in London has still left me with a good feeling about the whole thing. It made me smile to see how well things were working, and pleased that the predicted transport chaos doesn’t seem to have materialised.

I feel like I’ve had my Olympic moment. The fact that I got a new haircut as part of the deal is just a happy bonus. 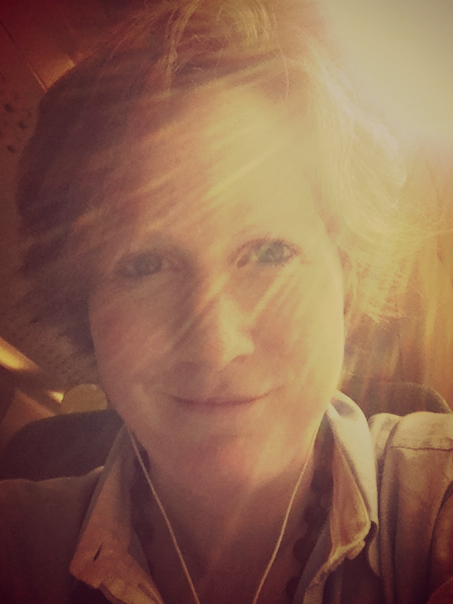