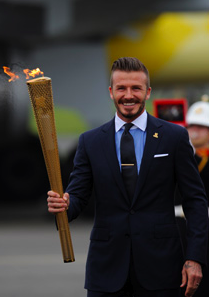 Back in February, I did a post about the launch of Save the Children’s Name A Day campaign, which called on the Prime Minister David Cameron to name a day when he would host a global summit on child malnutrition.

In May, he did name a day, and now that day has almost come. The Global Hunger Summit will take place next week – on the last day of the Olympics.

Despite some initial cynicism, I have been as caught up as anyone in the Olympics. I have cheered, cried and chuckled at some of the brilliant sporting moments that have taken place over the last week and a half. Nothing should take away from how awe inspiring these Games have been.

But nor should we forget that during every single hour of the games, 300 children will die because they can’t get enough of the right food.

What a legacy it would be if London 2012 was the time and the place where the problem of global malnutrition – the hidden killer of over 2.5 million children every year – started to change.

David Cameron has the chance to make that happen.  Last week, David Beckham met with the PM, and urged him to use his Presidency of the G8 next year to lead the biggest ever push on global hunger. If you would like to do the same, you can take 2 minutes to sign this email petition.

With your help, we can win the race against hunger.