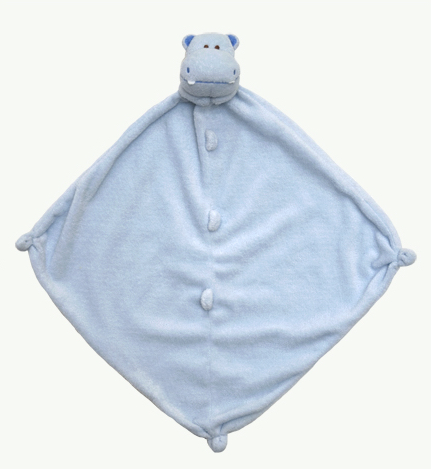 When people ask us what traits DorkySon has inherited from us – which they often do, it seems to be one of those questions to which parents are expected to have a well-thought out response – it is always a fairly easy answer.

“He gets his energy from me,” says DorkyDad with a hint of pride in his voice. “Lots of energy. And he gets his stubbornness from his mother.”

“Determination,” I always say with a smile. “It’s determination, not stubbornness. It’s a good thing.”

That determination, which I will admit sometimes does creep over into stubbornness, has gone well for him so far. For as long as DorkySon has been alive, if he decides to do something… or indeed not to do something… rarely can he be shifted.

At nine months old, he decided he was done with the milk diet. One moment we were still on two feeds a day. The next he turned his head away, ready to commit fully to a life of porridge and pureed pears, and that was it. Done.

At four years old, he decided his imaginary friend Jake was moving in with us. Suddenly we were setting an extra place at the table and leaving space for Jake in bed in case we squashed him.

At six, just as suddenly, DorkySon decided that Jake was moving to France. From now on, he would be checking tickets at the Eiffel Tower and eating a lot of cheese.

When it came to all those milestones by which you measure a child’s progress – crawling, walking, cycling, swimming – we quickly realised there was little point in cajoling or persuading or training. He would do things when he was ready, and not before.

“Determination,” I say, with a smile.

Through all of it – from the very first week of his life, through the early days of nursery and school, through several house moves and a dozen foreign holidays – there has been one constant presence in DorkySon’s life.

A beautiful, blue, soft, snuggly hippo, made by the American company Angel Dear and posted to Scotland by an old family friend, Binky became the chosen one.

Where other soft toys came and went – Monkey, JellyCat, Nelly the Koala, Waldo the Wombat and countless others whose names have now been forgotten – Binky has been the reliable old pal who has remained by DorkySon’s side.

I have blogged about Binky before. That was more than eight years ago, and even at that stage he was looking pretty well loved. He had already accompanied DorkySon to christenings, weddings, birthday parties, playdates, health visitor appointments and nursery outings; he had travelled in prams, trains, taxis and aeroplanes; and he had been covered in blood, sweat, tears, vomit, apple juice and poster paint. He was like a fourth family member, and just as precious; every time we left a hotel room or a café there was a frantic search to make sure that Binky had been picked up and wouldn’t be left behind.

As the years went on, Binky began to look more and more tatty. One tiny hole that DorkySon had picked with a fingernail became a much bigger hole… and then several holes… and then eventually he was coming apart at almost every seam. For a while, my mum was called upon to do an emergency sewing job every time she came to visit.

When we moved to Tasmania, I invested in a spool of blue thread and a multipack of needles and did a botch job myself a couple of times, before eventually giving up and taking him, slightly embarrassed, to the dressmaker at the local dry cleaners.

For a year or so, Brenda did her best. But eventually even she had to admit defeat, and we broke the news to DorkySon that he could keep loving and hugging Binky for as long as he wanted – but from now on there would be no more repairs.

At nursery, Binky had always been tucked into DorkySon’s bag, in case he was needed. But when he started school, the decision was made that Binky would not go along. Instead, he stayed at home on the bed, waiting patiently for DorkySon to return home, rush upstairs and retrieve him. The two of them would snuggle up on the sofa for a snack and some afternoon television.

When DorkySon knew there would be people coming to the house during the day – to wash the windows or plaster ceilings – Binky would be hidden somewhere secret to keep him safe. Sometimes it would be in a board game, other times under a pillow, or in a tightly zipped pocket of DorkyDad’s briefcase.

For the last five or six years, that is how we have continued. I have occasionally prised Binky out of DorkySon’s hands to give him a bath – fastened securely inside a pillowcase and popped on a gentle spin cycle – but for the most part I have left them to it. I knew that at some point the little blue hippo would likely start to slip into insignificance. I also knew the timing of that decision would not be mine to make.

Just before Christmas, the time did come, and in true DorkySon style, there was no gradual adjustment. He was determined. He was ready. Binky was done.

We knew that in the second week of January we would be travelling to Hawaii for a family wedding. DorkySon’s New Year’s Resolution was to train himself to sleep without Binky by the time we left.

The first night, Binky was placed on the edge of the bed. DorkySon got off to sleep without any problems, and came through in the morning to report that they *may* have had a small cuddle in the middle of the night, but that was all. On the second night, the same thing happened. On nights three, four and five, he was in the bed but not cuddled at all, and by night six Binky had been placed on the top shelf of the cupboard with all the other animals.

DorkySon was fine, of course. It was his decision, and he was happy with it.

I have to admit, I didn’t do quite so well.

DorkySon had imbued old Binky with such magic – such unerring faith in his ability to make things better – that after ten years I believed it too. He was the giver of comfort when I wasn’t able to. He absorbed all the tears that I couldn’t. When anxiety struck, it was Binky that DorkySon ran through his busy little fingers, searching for the perfect seam to caress, the perfect stitch to unpick.

I only worried because I think we all need a Binky. We all need that scrap of comfort that helps us feel better – on a long flight, when we are sad, or poorly, or too tired for conversation. And for DorkySon, I didn’t know what the replacement would be.

On day six – just before Binky’s first night in the cupboard – I held him for a moment while DorkySon was in the bathroom cleaning his teeth, and I thanked him. For all the nights he had kept DorkySon company, and for all the times he had helped him feel better, safer, reassured.

DorkySon laughed like a drain when I told him what I’d done… and yet a few nights later, when he had a headache and nausea and was having an early night to try and shake it off, he asked me to pass Binky down from the cupboard so he could have a few minutes with him to say goodnight.

I did, and clearly it helped.

Binky did not come to Hawaii. We wondered, DorkyDad and I, whether we should sneak him into a suitcase as a precautionary measure, just in case he was needed. But we decided in the end that it would be undermining DorkySon’s sense of agency to do that. So, he stayed in the cupboard, and we trusted him to keep the house safe in our absence.

On that first night – that strange first night in a new holiday apartment – DorkySon confessed out loud that he wished he had Binky with him. When you’re adjusting to new smells and odd sounds – when you have to navigate a new route down an unfamiliar corridor to mum and dad’s room – a small blue hippo friend can be a big help.

But he made it through the night. And then later in the holiday, when we moved resorts and he had to adjust all over again, he made it through that night too. It was, in all honesty, something of a relief not having to do the ‘Binky check’ in hotel rooms, airport lounges and shuttle buses.

Not long after we got back from Hawaii, DorkySon had his first ever sleepover at a friend’s house. We wondered again whether to tuck Binky into a pocket as a just-in-case measure. We didn’t. He was fine.

Since the start of the school term, there have been a handful of nights – just two or three – when Binky has been brought out for a few moments of connection. It fills my heart right up to the brim when I see that happen. It’s good to know that even living his new life on the top shelf of the cupboard, having what we imagine to be wild parties with Monkey, JellyCat and Nelly, he still contains enough magic that he can be a comfort.

It is also good to know that DorkySon’s stubbornness – sorry, determination – continues to steer him well. 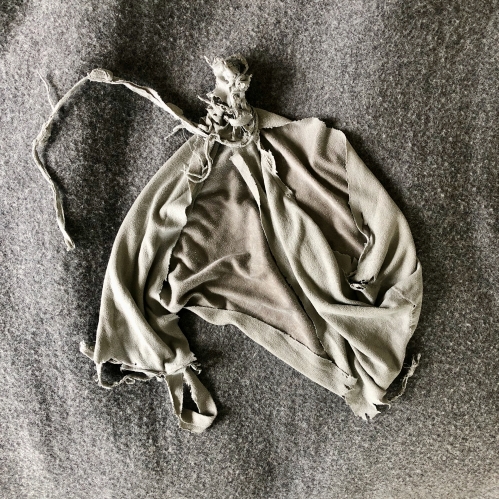