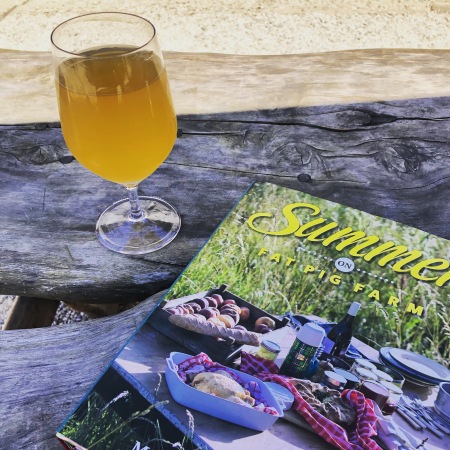 If you’ve followed this blog for a while, you’ll know that I always choose a word to guide me through the year. Previous picks include Learning, Courage, and Focus… but after a few weeks of reflection my choice for 2019 is Community.

In late January we lived that word to its absolute fullest by taking part in a citizenship ceremony and becoming official members of the Australian community.

Our ceremony took place at the Sandy Bay Regatta – in the very park where almost six years ago I decided to give this whole Tassie thing a go – and I think we were all surprised by how emotional the occasion was. It started with a beautiful Welcome to Country from Aunty Brenda Hodge (who I loved all the more when she asked for the support of new citizens in changing the date of Australia Day, leaving Senator Eric Abetz looking like he’d chewed on a fly…) We received warm hugs from a couple of Green pollies who had helped us with earlier visa applications; DorkySon’s best friend was in the audience, watching his Grandpa receive an award; and we sat in the same row as a man from Uganda who had been here ten years, and a man from Edinburgh who had been here 65. Rosellas, cockatoos and lorikeets made a joyous racket in the surrounding gum trees as 80 people, from 29 different countries, became citizens on that day.

It felt like a fitting way to end what has been a lovely summer. 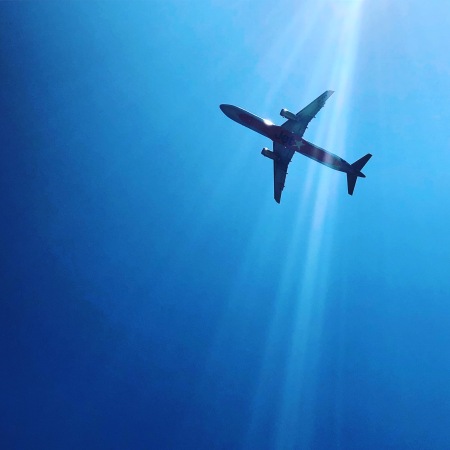 DorkyDad and I are both doing the freelance hustle from home these days, so we were able to take all of January off. It’s a little scary to know that there are no invoices out for payment in February (so please! Feel free to hire one or both of us!), but spending so much time together as a family made it more than worthwhile. We have talked for a long time about the importance of living every day to the fullest and now that we’re actually doing that the rewards are immeasurable.

Even after five years, the novelty of living in a country where we’re guaranteed a proper summer hasn’t worn off for me. I still find it slightly amazing that there is water warm enough to swim in, nights when you need to leave the bedroom windows open, and a requirement to apply sunscreen every single day.

Seven weeks is a lot of holiday to fill, but we chose not to venture too far from home. After our trip to the UK in September we were happy to have a break from aeroplanes and airports, and there’s enough to do around Hobart that we were able to have plenty of adventures. Just as well, because DorkySon’s energy levels seem to have exploded in the last twelve months. Over previous summers, he has been happy enough to do one activity in the morning and then chill out in the afternoon: that’s definitely not the case anymore.

This summer he wanted to do a morning activity, a post-lunch activity, and a late afternoon activity, so the list of things we did is a long one: MONA, Hobart Dogs Home, mini-golf, Bonorong Wildlife Sanctuary, Taste Festival, Coder College, swimming lessons, playdates, birthday parties, cinema trips, climbing centre…

Luckily for our bank balance, there were also some simpler pleasures. Hot chips and ice creams. Beach walks. Plane spotting. Tailgate picnics. New Year fireworks. All the fun, easy things that contented childhoods are built upon.

For all three of us, a major highlight was a night on Bruny Island – definitely the happiest of our happy places around Tassie. Something magical happens when you drive onto that ferry for the twenty-minute crossing across the D’Entrecastaux channel: the pressures of the world just fall away. I took a book with me to read in the evening, but instead spent several hours just walking from window to window, watching the sun on the water, and then later, lighting strikes across the channel. We were only down there for 24 hours, but still managed to pack in four restaurants, three beaches, and one very loud game of Yahtzee. On the way home, DorkyDad picked up a bag of Black Devil Cherries at the ferry terminal – something he has tried and failed to do for the last five years – and it was a relief to hear him say through a mouth full of juice that they were every bit as good as he had imagined.

There were a few lowlights too, of course. It wouldn’t be family life without those moments that keep you grounded. Getting home from a great swim at Adventure Bay to discover there had been a shark sighting that same morning was something of a wakeup call. We could probably have done without the gastro that knocked all three of us out for a full week. And on the day of our citizenship ceremony the air was heavy with bushfire smoke.

To date, more than 200,000 hectares has been burnt across the state, much of it in pristine wilderness areas which will take many, many decades to recover. There have been no lives lost, but some properties have gone, and the soundtrack to this summer has been helicopters and water bombing aircraft constantly overhead. We have such admiration for the astonishing resilience of the communities affected, and huge respect for the hardworking firefighters, many of whom are volunteers.

The cooler weather, recent rain, and relief crews from the mainland have brought some respite, but for many businesses the hard recovery work has only just begun. We are planning to head down to Willie Smith’s Apple Shed this weekend for the Huon Valley Strong Market – a fun and easy way to show support – and would urge our Tassie pals to consider doing the same.

It is February now, and all three of us are rested, relaxed and ready to focus on the year ahead. School has been back for a fortnight, and DorkySon is finding his place in a new class with a new teacher; DorkyDad has already had work trips to Melbourne and Sydney; and I’ve been sending out numerous pitches and letters trying to secure some projects to keep me out of mischief in the the coming weeks.

Next month we have a 10th birthday to look forward to; a short trip to New Zealand; two festivals; one friend’s wedding and another friend’s book launch; and doubtless a dozen other things we don’t know about yet that will have to be squeezed into the diary.

I’m hoping that my word – community – will steer me well through 2019.

DorkyDad and I are both trying to build new professional communities, and that’s something that is both interesting and challenging. Without the ready-made set of colleagues that comes with a permanent workplace, we have to find ways to create and maintain connections without being too pushy about it. When your brand and your business is literally just you, it can feel spectacularly awkward to promote yourself and your skills. (Especially when you’re as much of an introvert as I am…)

I think the only way of doing it is by gradually creating a genuine sense of community around your work, and I’m giving a lot of thought to how I might do that over the next year. I know a lot of creative freelance women who seem to do it very well – Susannah Conway, Emily Quinton, Jen Murnaghan – so I’m going to be paying close attention to them over the next little while to see what I can learn.

DorkyDad and I remain very grateful for the warm welcome we have had in Tasmania and Australia, and we want to keep building on that, exercising our rights while staying mindful of our responsibilities. As citizens we now have to vote, and we’re looking forward to doing that for the first time later this year.

We are also very aware that our previous communities – in the UK and US – have not gone away, and the onus is on us to keep in touch, to remind those friends and family often how much we care for them.

It feels like this is going to be another busy year: perhaps a challenging one in parts, but hopefully a lot of fun too.

We hope you’ll stick around to share it with us. 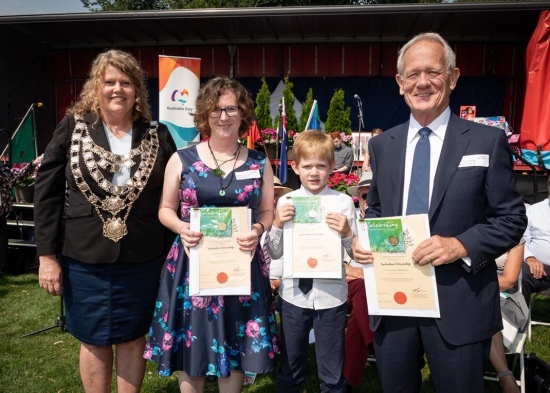