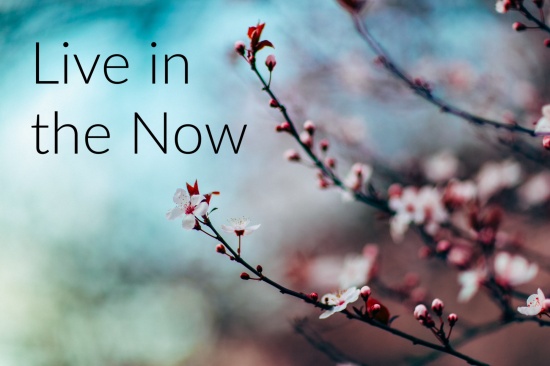 Although Scribbling Mum will no longer be hosting the link-up, I’ve decided to carry on with the tradition she started of doing a monthly Live In The Now post. This is partly a look at what’s to come in August, and partly a reflection on 2011, since we’re now well into the second half of the year.

There is a stack of empty pizza boxes by the front door, that haven’t yet made it out to the recycling bins. Mounds of clean but unfolded laundry are piled high on every available surface. Our plates are shifted from dishwasher, to dinner table, and back to dishwasher again, without ever making it into the cupboards. Welcome to the Edinburgh Festival.

It was a long winter in Edinburgh. There was more snow in the city that we’d ever seen before. People were cold, and crabbit, and could never get an answer when they called the council offices, trying to find out if the pavements would ever be cleared. We had chest infections, and stomach bugs, and arguments with our neighbours. The bin men didn’t show up for weeks.

We have earned our sunshine, I think, but tonight it is raining in Edinburgh. It always rains in Edinburgh, especially during the Festival.

We started DorkySon at nursery in March – for two mornings a week – and making the decision to do that was one of the hardest things I’ve done as a parent, but a few months on it feels like it has been good for him, and me.

Right now, he is discovering how much fun language can be. He loves to find expressions that make us laugh. When we sit in the bath at night he asks us for ‘big words’ that he then tries to repeat. Sometimes he will join in adult conversations, with something hilariously leftfield but surprisingly appropriate. (I was chatting to DorkyGranny the other day about the flight times for her upcoming holiday… “Remember to take your toothbrush,” said DorkySon.) And he drives us crazy by talking constantly, providing a full narration of everything he sees and feels, without any filter.

I love DorkySon’s honesty, and his lack of self-consciousness.. He has no hesitation pointing at someone on the bus and asking why they have purple hair. We are reviewing kids shows for the Festival just now, and although he is very well behaved, he is ‘that kid’ that always pipes up with a long and complicated question during a quiet moment. When he’s had enough of your company, he’ll come up and wave, and say ‘Bye Bye’. But that means that when he rushes up and throws his wee arms around your neck, and says ‘DorkySon loves Mama best’ you can trust that too.

DorkyDad and I are learning so much from our son. We too are rediscovering the joy of language – he through his poetry, and me through blogging and journalism. While our styles are very different, I think we are both mindful of how effective DorkySon’s simple and honest communication is, and we try to bear that in mind with our own writing.

We are both having our awkward moments – but not really with the writing, just with all the action that surrounds the writing. He only had ten people show up to his preview in London, one of whom was drunk and fell asleep. He tried to go to the Fringe’s Meet the Press event yesterday but the queues were too long and the rain was too heavy. I sat down to interview John Hegley a couple of days ago, and my Dictaphone jammed. But we are having fun.

There is a good chance that this will be our last summer in Edinburgh for a while, so we – all three of us – are packing in as much as we can. The rain doesn’t really matter so much. But I’m afraid the dishes and the laundry will have to wait.