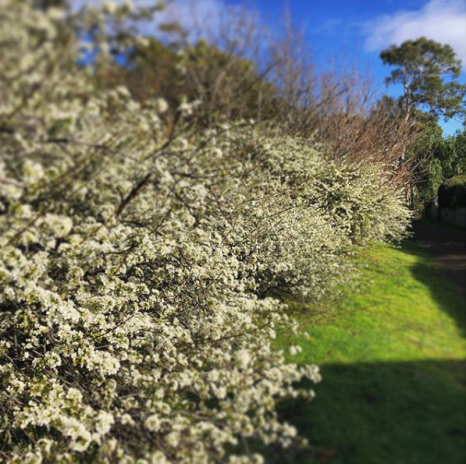 Last weekend was Hobart Show Day, which as every Tasmanian will tell you means that it should now be safe to plant your tomatoes outside without fear of frost.

Should being the operative word. Spring weather is notoriously unpredictable and this year has been no exception. Last week there was snow falling at Cradle Mountain. Yesterday, a combination of high temperatures and strong winds led to several bush fires flaring up around the state. By mid-afternoon, Hobart was shrouded in a thick blanket of smoke.

It feels awfully early for that.

There are no tomatoes growing in our own garden this year, but thanks to the Woolworths Discovery Garden there are some healthy-looking radishes which should be ready to harvest in a few weeks. It was such a nice change to see a supermarket promotion that didn’t involve disposable plastic toys, destined to wash up around Tasmania’s beaches for the next few decades.

For every $30 spent, we brought home a tiny plant pot with a soil pellet and seeds. DorkySon was very enthusiastic about the planting and by the end of the promotion we had a windowsill full of tiny seedlings. Carrots, kale and spinach nestled alongside viola, chamomile and coriander. Unfortunately, he was less enthusiastic about the task of daily watering, and when someone (*coughs* DorkyDad *coughs*) switched the ceramic water jug for a spray bottle that had previously been used for a vinegar-based cleaning solution, most of the tiny green shoots collapsed and died.

We also got a bit slack about writing the planting dates on the tiny cardboard markers, so a bundle of seeds that had only been in the soil for a day were accidentally throw into the organic waste bin because they ‘weren’t doing anything’.

Ahh well. It was a nice idea, and I’m sure the radishes will be delicious.

Beyond the garden, spring is in full swing. Our walks to school and back each day are heady with the scent of blossom; everywhere you look there are birds grubbing up insects for their offspring; and the sun feels warmer with every passing day. The first freckles of the year are popping out across my arms and DorkySon’s nose, and he even whisked his trousers off for the season’s first paddle in the river last week.

We filled our October school holiday with the usual variety of bits and bobs. Playdates and haircuts; bowling and beach walks; swimming lessons in the mornings, movie afternoons on the sofa, and a seemingly endless string of requests for Banjo’s sausage rolls.

DorkySon’s holiday highlight was an invite to meet the Formula 3 driver Alex Peroni, who lives not far from us in Tasmania. Alex had a dreadful crash at Monza earlier in the year, and was unable to finish the F3 season, so DorkySon popped by to deliver a get well card and chat about all things racing-related. It was such a lovely, generous gesture from the Peroni family, and a memory that will stay with DorkySon for a long time.

The cost of repairs to Alex’s car, along with the costs of pre-season training sessions, are very high, so there is currently a fundraising campaign to help Alex get back on track. If you’d like to learn more about an extraordinarily talented young Tasmanian, and the challenges he has faced to even make it this far, pop on over for a read. 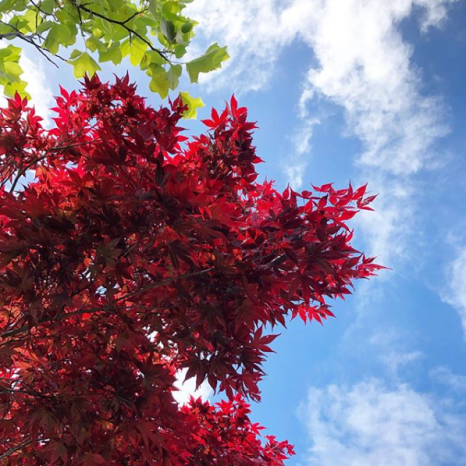 My own highlights were almost too numerous to name. A night out with DorkyDad at the small but perfectly formed wine bar Sonny. A panel discussion at the Weekend of Reading, tackling the question of whether you need to own books to love them, followed by an interview on the same subject for ABC Radio. A sighting of a southern right whale in the river, just at the end of our road. A friend from Melbourne visiting. An article published with the Guardian…

It has been a busy spring and indeed a busy 2019. Hard to believe that it is a full year since we were in the UK, and that Christmas is almost upon us again. The seasons are so distinct here, and I think that’s what makes time feel like it is always flying by.

The warmer weather means that I am back to running in the evening (and going for an occasional high-speed cycle as an alternative – what joy there is in a bike when you’ve nowhere in particular to go!). A few days ago, we watched the Aurora Australis set off down the Derwent for her first voyage of the summer season, and with slightly less enthusiasm we have been also been watching the first cruise ships sail up the river, docking at the waterfront and discharging their loud, lumbering cargo.

The coming summer has many delights in store. There is a family wedding to attend in Hawaii, and all sorts of festivals, beach days and friends to see closer to home. But for now, I am trying to savour the closing days of spring – fairy wrens bustling in the pittosporum, the familiar sound of sprinklers, and the thrilling scent of eucalypts after the rain.