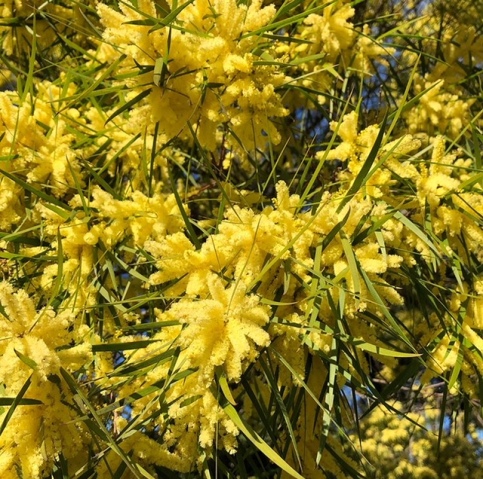 A month of warmth and light and soft, still evenings. I’ve had to recalibrate so much of what I know since moving from north to south – the stars and moon are not what they used to be – but dependable September is still my very fave.

It used to mark the turning point from summer to autumn, a spell when Scotland is often at its beautiful best. It was a time of new beginnings – school years and uni semesters – and it was, of course, the month I got married.

It was also September when we moved to Tasmania, so these days it feels like a month of anniversaries. A time to celebrate our bravery and love.

DorkySon and I were so excited about the arrival of spring this year that we celebrated a day early. We turned the pages of our wall calendars and smothered each other with blossom-scented hugs, before DorkyDad called a reminder that it was only August 31st, and hauled us back for one more day of winter.

September so far has been everything I hoped for. I’ve been woken in the mornings by pink skies stealing around the edges of the curtain. We’ve planted four new lavender bushes in the garden, and on Saturday I wore a t-shirt, my pale forearms dazzling white before exploding in a scattering of freckles.

But we are ten days in, and this September is proving to be a challenge too.

Perhaps the house is getting some nonsense out of its system before we go on holiday. Our water heater started leaking and needed to be replaced. Our smoke alarm started chirping in the middle of the night. Then the internet died and necessitated a long conversation with an offshore call centre. The operator was two hours from the end of his shift and said that when it was done he was heading to the market to buy food and meet his children. He asked what season it was, what we were having for dinner, and if we’d ever seen a kangaroo in the garden. Then he told me to turn the NBN box off and back on again, and somehow his magic worked.

My body seems to be having a similar end-of-winter tantrum. I succumbed to some nameless virus early last week, slept it off, then three days later the meningococcal vaccine knocked me sideways again. Just when I was starting to recover from that, I overdid it at Pilates and have been walking around ever since in a heady haze of Deep Heat and magnesium spray.

I had my citizenship test and interview recently, and found it a surprisingly emotional experience. We feel so much at home here – it is our chosen home – and yet even with all the privileges I have – that Scottish skin, and English as a first language – it was a reminder that things are not quite settled and certain yet.

As I sat in the glass-walled room waiting to be called in, a TV above my head was playing ABC News, and I heard a story about a 17-metre lobster looking for a new place to live. It wasn’t until I craned my neck around to see the screen that I understood the lobster in question is made of fibreglass and steel. It’s Australia, you can never tell.

I turned back around, listened to more stories. Woodward’s book on Trump. A typhoon in Japan. A new Prime Minister. And then I was called in. It went well. All we can do now is wait.

There is so much I’m looking forward to this spring. Starting to run again. Sitting on the Adirondack chairs. Listening to the bees.

Oh, September. Sweet, warm, sunny September. Thank you for all that you bring.