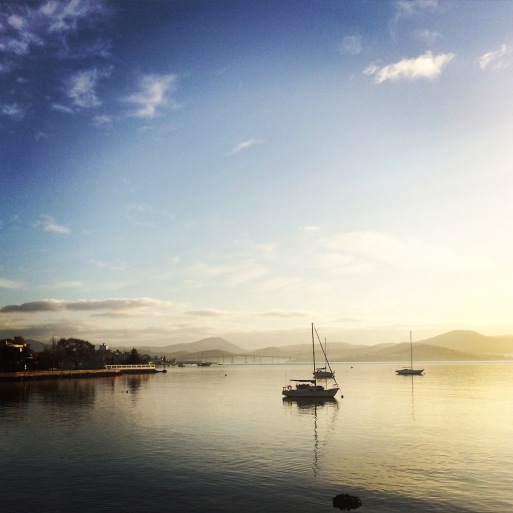 I’m just back from a month offline. Some part of me must have realised that June was going to be hectic, because it passed in an absolute blur of busy-ness and I honestly didn’t have time to miss social media. I didn’t have time to do much of the reading or walking I was planning on either, although DorkySon and I did walk to school on a couple of cold, crisp mornings that were just beautiful.

I helped organise a fundraiser for DorkySon’s school that took place on the last weekend of June. It took a LOT of time to pull together, and reminded me that event organisation is really not my strong point, but it was lovely to see it well supported by the school community on the night, and I can’t wait to see what the money is spent on.

I wrote an article for the Ethical Issue of the Observer magazine, which will be published this coming Sunday. Rather than just me rambling on in my usual way, it was a proper piece that required interviewing people (and on one occasion, with an interviewee in a very different time zone, I had to get up middle of the night to do so!). It has been a very good lesson for me in working with an editor and not getting too precious about my words once I’ve submitted – something that is a bit of a challenge when you’re used to blogging – and I’m looking forward to seeing it in print.

Other than that, DorkyDad and I did a few bits and pieces at DARK MOFO: we paid a visit to Dark Park; had a night at the Winter Feast; and saw The Preatures in concert. We got a new car, big enough to fit DorkySon’s bike in the back of. We went out to dinner, twice. We took DorkySon to four birthday parties. And I wrote a few other bits and bobs around the Internet, which I’ve linked to below.

What I realised pretty quickly is that spending time on Facebook and Twitter is my habit when I’m doing mindless household tasks like emptying the dishwasher and putting away laundry. So I replaced social media with some new music on my phone, stuck my headphones in, and danced my way through the month instead of scrolling my way through it. Apologies to the neighbours if they’ve been able to see or hear me…

We start school holidays today, so I’m going to be disappearing into a fortnight of swimming lessons, Lego building and play dates. If I can sneak away for a quick blog post I will, otherwise see you in a couple of weeks.

“There is an old saying on Bruny. ‘We are living on an island, under an island, under an island at the edge of the world.’ When you stand at Cape Bruny looking south and realise that there’s nothing but water between you and Antarctica it really does feel like the edge of the world. Australia’s fourth oldest lighthouse stands tall beside you, and it’s hard not to imagine the isolation its nineteenth century keepers must have faced.” – Bruny Island, on The Island Review

“I felt, perhaps for the first time, like there is no shame in leaning. It is something we all do.” – The People We Lean On, at Mamalode

“Like so many women, I had long imagined myself as a mother. I thought I would have a son, and that the would become ‘part of my life’. I thought that he would have his own room, in which all of his belongings would stay. I thought there would be parts of the house, of my body, and of my life that would remain untouched by him.” – 13 Lessons from early motherhood, on MrsMuffintop

“I was actually thrilled the year I turned thirty, thinking that it might herald the start of some new, awesome, better put-together me. But a few years into that decade I can tell you that it doesn’t seem to have worked out that way. I am still the disorganized, well-intentioned but not very capable person that I was in my twenties. Just a bit crankier, and with less ability to stay up late.” – You Know You Have Hit The Dirty Thirties When… on BLUNTmoms