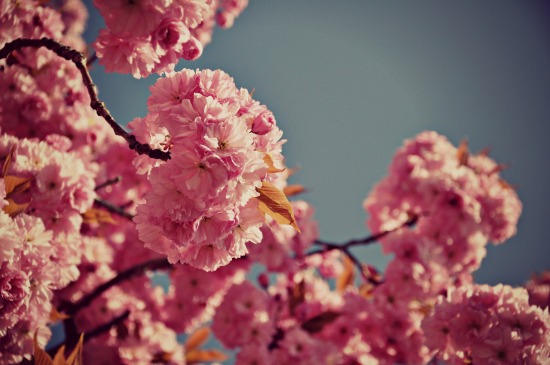 It is spring here. I almost feel guilty enjoying it so much, when friends and family back in the UK are posting updates online about the days getting shorter, the mornings getting colder. If I could bundle up some of our Tasmanian spring and send it across to you all, I would.

Last weekend we moved our clocks forward an hour. Not that we needed to – the mornings and the evenings here were already filled with light. The kind of light that makes you run from one window to another, watching it change, holding your breath as the sunbeams catch one cloud, exhaling silently as they shimmer on another.

We walk down our street each morning, on our way to nursery, or the library, or the store, and DorkySon chats away to me about all the different birds he can hear – the insistent chirp of the blackbird, the mad cackle of the kookaburra. He wrinkles his nose at the scent of jasmine and honeysuckle in the air, and points out all the colourful flowers that he sees poking through other people’s fences. The earth feels alive here, right now.

But the blossom and the buds aren’t the only thing blooming. DorkySon is too.

On Saturday we went to the swimming pool for the first time, slightly nervous knowing how much he had hated lessons last time we tried. This wasn’t really a lesson, though, just a short assessment to see where he was at, and work out where best to place him in the classes. He was so happy and confident in the pool without us; nattering away to his instructor, doing everything he was asked, and only getting upset when his twenty minutes was up, because he hadn’t had the chance to try a roly-poly in the water…

On Sunday we went to the Spring Community Festival at the Botanic Gardens. For the first time ever, DorkySon asked to have his face painted – he spent his whole time in the twenty minute queue chatting to a little girl, telling her that he was going to be a ladybird. But when the moment came and he was sat in the chair, he chose to be a tiger instead.

On Monday he had his first hour alone at a new nursery.

An hour later, I came back to pick him up.

‘I didn’t miss you a bit, Mummy,’ he shouted with glee.

‘I made a pet rock, and listened to a story and rode a tricycle, and at snack time we all shared a plate of veggies and passed it round. Can I come back again soon?’

I thought that on Monday afternoon, after such a busy morning, he would want a quiet one. Maybe some sofa time, or a nap. But instead he asked to go out again so we could find a new playground. We walked a few blocks to the ‘train park’ where he quickly made himself at home in a group of local kids. ‘Wait for me,’ I heard him shout. ‘The train can’t go without its engineer.’ Over the next two hours I watched my shy wee boy skip around the park, steering that train to Africa and America and Edinburgh. He would hop off to refill the tanks with wood and coal and water. The older kids smiled, asked his name, gently held his hand and steered him by the shoulder.

I don’t know where this new confidence has come from. Or this energy. It surprises me – in a good way – every day. We walk home from one adventure or another, and he claims exhaustion, sucks his water bottle dry and chows down a plate of fruit or crackers as though he hasn’t eaten for days. Twenty minutes later he’ll be ready to go again, requesting another walk, or a game of ball in the garden. When we are out he says hello to every shopkeeper, bus driver, and passing pedestrian. He waggles his new sunglasses around, and tells them we have just moved here and we like it.

His little imagination is going wild. He tells stories, constantly. We turn it into a game where he has to make up one line and then I do the next. Sometimes they are about witches and gnomes, sometimes they are about builders and taxi drivers. They always involve a lot of jokes and songs and shrieking. When I’m outside hanging laundry, he plucks the clothes pegs from my hands so he can play games with those too. The yellow peg is a lemon, the pink one a berry and the green one an apple – he makes them dance, and reports on the latest conversation from the fruit bowl.

He is trying new foods every day. Sweetcorn, fresh tuna, quinoa… pulled pork and spiced lamb from the amazing TacoTaco van. But he is eating old favourites by the ton, too – yoghurt and toast and cereal, chicken, sausage, mash, ice cream, pasta, avocado… Where does he put it all? I suppose it just gets burned off with all that running around.

Right now, as I write, he is having his second visit to nursery alone. Two hours this time, and all being well he will start properly next week. It is lovely having some time to sit and write in a café, but I miss him too.

I am reminded again that the best parenting – that which is the hardest, but eventually makes you the proudest – is about standing back and letting go.