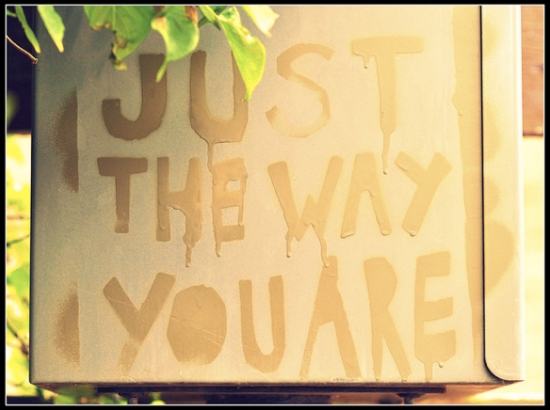 I have a birthday later this week.

To be honest, I’m not really a fan of birthdays. I already eat cake pretty much every week without needing an excuse… and the things that make me happy in life are usually experiences rather than ‘stuff’ so I don’t get excited at the thought of presents. As for standing there blushing like an eejit while people sing Happy Birthday to me *shudders* well, let’s not dwell on that thought.

When I was very young, 30 was definitely the age at which I imagined people would turn into proper grown-ups. As I saw it, you were still allowed to make lots of mistakes in your early twenties – experimental fashion disasters, epic hangovers, bad relationships – but by thirty you’d got your shizzle together and all that was behind you.

Now that I am on the cusp of turning thirty, I know that’s nonsense. I can guarantee you right now that I’ll make as many mistakes over the next ten years as I’ve made in the last ten.

I do feel like my life right now is about as sorted as it has ever been. I feel like I have a really good sense of who I am as a person – both my strengths and my weaknesses. I feel like I have great people around me; friends and family who know me well, always providing support, but also challenging me when I need it. I feel like I have the confidence now to remove people from my life if they’re not bringing something positive into it.

A few years ago, a friend said to me that I’m a puzzling person because I have a strong sense of values, but it’s based on my own innate instincts rather than an externally imposed and easily decipherable system of religion, philosophy or politics. I think they were probably right, and I think that is something that has become even truer as I’ve aged.

I trust my own instincts over and above anything else.

Some of those instincts I can now give a name to, because they are ‘big picture’ beliefs, dealing with the way I see the world. When you ask me what I believe politically, I can tell you now that I believe in equality, and in environmental and social justice, rather than doing what I would have done ten years ago and launching into an incoherent (if passionate) ten minute rant about how awful and sad and unfair life can be.

But some of those instincts that are smaller and more personal – like choosing a school for DorkySon, or deciding which bloggers to sit down beside at an event – still come from my gut, and I don’t think that will change in my thirties.

I am not where I expected to be at 30. Life is almost the opposite way round to everything I had imagined – I’m far more settled in my personal life than I thought I would be at this stage, and far less established in a profession than I had thought – but that’s okay. DorkyDad and DorkySon have made me happier and taught me more than a well-paid job ever could have done. There is plenty time left to discover the right career.

I’m hopeful that the time I’ve had developing as a person means that when I do set my mind to a career, I’ll be able to make more of a success of it than I would have done ten years ago. I feel like having a family has definitely made me a better person; more selfish in some ways, and less selfish in others. It has made me more willing to change the things in my life that don’t feel right, and less willing to compromise on the things that do feel right.

I have mentioned often before how deeply stubborn DorkySon is, but I haven’t confessed that the stubbornness comes directly from me. What is sweet and lovely about this time in my life is that the people I spend most time with – DorkyDad and DorkySon – know how to handle that. If DorkySon and I are locking horns over something silly, he will diffuse the tension by making me laugh. DorkyDad now knows that if he pesters me to make a decision about something I will dig my heels in and refuse to do it out of sheer bloody-mindedness. So he lets me be, giving me the space to work through things in my own way and in my own time, and we usually end up in the same place without any big drama.

Some parts of me I suspect will never change. I m still a big ball of raging hormones for at least one week in every four, although I’m finding new ways to deal with that. I still value honesty above anything else, in every relationship.  I would still far rather bury my head in a book than go to a party. And If DorkyDad wasn’t so good in the kitchen; I would still happily eat beans on toast for every meal.

But other parts are changing, hopefully for the better, as those around me nudge me along, push me out of my comfort zone, and help me make good decisions. I am not yet a grown-up, but I am definitely growing up.

As Thursday approaches, I still say you can still keep the cake, and the presents, and the singing.

But the birthday itself? Turning 30?

I am delighted to have been shortlisted in two categories of the BritMums Brilliance in Blogging Awards – Commentary and Outstanding. Thank you SO very much for your support. If you’d like to see me as a finalist, you can vote for me here.