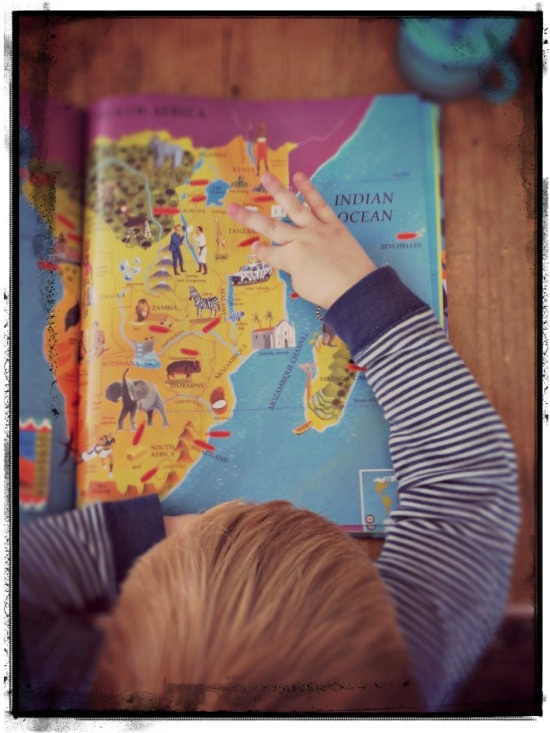 I mentioned in my BritMums post earlier in the week that once I’ve fulfilled my current commitments I’m not going to do any reviews on the blog… but that doesn’t mean that I can’t still have a big old gush about a company if I love them. This is one of those gushes.

I’ve always been a map geek. I love them. Sometimes when I was a wee girl, instead of asking for a bedtime story, I used to sit with my Dad or my Grandpa and pore over a map of some place I’d never visited before. Maybe the Pennines, or Kansas, or Madagascar – it didn’t really matter – maps meant possibilities, adventures, fulfilling dreams. I had a brilliant jigsaw puzzle of the world, where all the countries were different colours, and you had to work out how they fitted together.

I am only slightly embarrassed to admit that I never really grew out of the map geekery; when I was eighteen I won the award for being the top geography student in Scotland. Give me a packet of colouring pencils and a map to colour in, and it still makes me happy.

So when I found out that one of the freebies in my swag bag from BritMums Live was a Barefoot Books Children’s Atlas I was delighted. It has been in the house less than a week and the pages are already well thumbed.

Barefoot Books have been a lifesaver for us in the past. The first time we took DorkySon on holiday to the States we discovered that he doesn’t really like beaches. That’s a pretty tough thing to find out on day one of a three-week beach holiday… The only thing that got us through was tapping in to a neighbour’s wifi and watching the videos of Driving my Tractor and The Journey Home from Grandpa’s at least seven million times a day. Their gentle stories, gorgeous illustrations, and light-touch educational angle make a Barefoot Book everything that a children’s book should be. 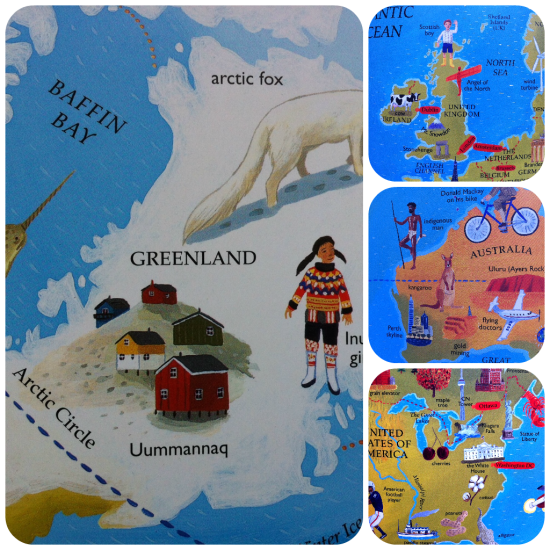 DorkySon is just starting to get his head around concepts of space and distance, and I hadn’t realized quite how difficult some of that would be to explain. I did a short talk at his nursery the other week about the time I spent in Greenland, and he has been full of questions about it. The atlas is helping me talk about it some more, and put it in context for him.

He also has family in all corners of the world, and our atlas is helping him to place them. There are grandparents in Scotland, godparents in Australia, and aunts and uncles in the States and Canada. We have been looking at the pages relating to those countries, and talking about the journeys we make to get there. 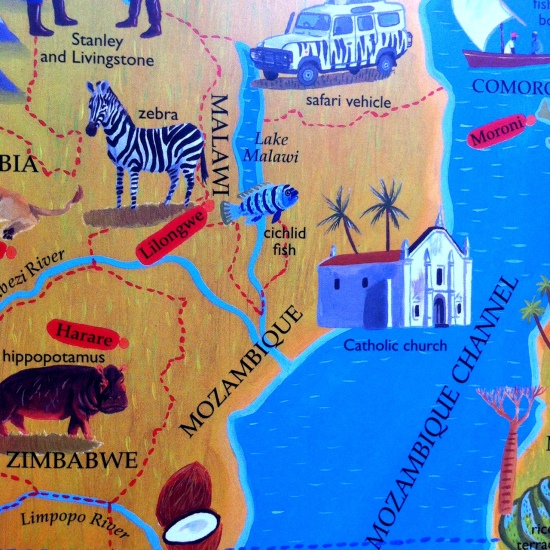 DorkyDad is off to Africa again next week – this time to Mozambique – and we have been trying to give DorkySon a sense of where that is, how far away it is, what happens there. He is greatly excited by the picture of a zebra-striped jeep right beside where his Dad is going, and I think will be hugely disappointed if DorkyDad returns without having had a ride in one!

Maps don’t just give you a sense of what’s out there in the world; they give you a sense of how you relate to that. They are very reassuring things. I get the feeling that this lovely atlas is going to be a firm favourite – and very useful – for many years to come.

Disclosure: The Barefoot Books Children’s Atlas was included in the goodie bag that I received at BritMums Live. I’ve not received any further payment or compensation for writing this post.