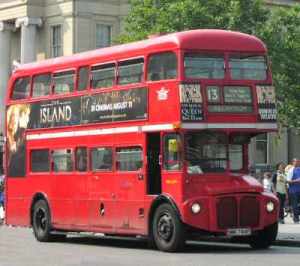 You have no idea how hard it has been to sit on this news until all the relevant contracts have been signed and sealed. I’ve been itching to tell you… sitting on my fingers to stop myself pressing publish.

DorkyDad has accepted an exciting new job with an international charity based in London. I’m incredibly proud of him for taking on such a big challenge, and trying to use the knowledge and experience he has from working in higher education to benefit another sector.

Now that we’ve had a few days to absorb the news, pop the champagne and wave our pompoms, the reality is starting to sink in that Clan Dawkins is moving to Englandshire.

We are doing this completely the wrong way round. Most sane people start off in the city, and then escape to a mid-size town, before ending up in a village to have their family. DorkyDad started off in small-town America and I started off in the Western Isles… we met in Edinburgh… and now, with a 2 year old, we are moving to a city with a population bigger than that of Scotland.

Ach. We have never been a family do to things the ‘right way’.

I am by turns excited and terrified.

I go to sleep with a smile on my face, imagining myself in the London I know from watching Richard Curtis films; entertaining friends in my swanky Notting Hill pad, chatting to famous authors at book launches, and running through the snow in pants and bare feet to kiss my Mr Darcy.

And then I wake up imagining myself in the London of the riotous news footage. I have been scaring myself by looking up crime statistics online. I am starting to think that two mornings of nursery for DorkySon will probably cost more than our mortgage. People are telling me I should be joining school waiting lists now. Right now. Preferably yesterday.

I suspect, and hope, the reality will be somewhere in between. London is a place that extends far beyond what I know from film and television. I am vastly reassured by the emails I’ve had from friends, some of whom have children too, telling me that they love it; that it’s a wonderful city, that I will never be bored and yes they do have parks and green spaces there too, most of which I won’t be mugged in.

To keep the excitement and terror in some kind of equilibrium, I am making trade-offs in my head.

For example… on the downside, we are unlikely to find a flat that will accommodate our massive and beautiful dining table, which was bought for an Edinburgh sized room. But on the upside, we can go for sunny-day picnics with my London-based brother and his girlfriend. On the downside, we’re probably not going to have a big private garden for DorkySon to roam around in. But on the upside, we can spend every weekend wandering round the London Transport Museum (or we can just pay £1.30 and go for a ride on the nearest red bus, which will probably keep him just as happy).

We have so much to learn. Who knew that Barnes and Barnet are two entirely different places? That the Circle Line isn’t actually a circle anymore; that rents are advertised per week instead of per month; and that the same property can be marketed by half a dozen different agents. It’s enough to make a wee Scottish girl’s head spin.

What I would really like, right now, is for someone to hold my hand and sort out all the details. Find us a perfect house, at the perfect price, in the perfect area. Make sure there’s a big old park nearby, a choice of affordable nurseries, some great shops, and a leisurely fifteen-minute walk to DorkyDad’s office. While they’re at it, they could throw in an annual membership to the Tate Modern, and dinner reservations at Nobu for the weekend we move down.

But that’s not going to happen. Richard Curtis didn’t write this life. So I have to put my big girl panties on – top up my Oyster card, keep trawling through the property listings, and start packing my books into boxes. It’s an adventure. I can do adventures; I’m just a bit out of practice.

There is a lot we are going to miss about Edinburgh – enough to warrant its own post in the next week or two – but like Alice in Wonderland, with her oversized limbs poking through the windows of a house and her giant head jammed against the ceiling, we’ve recently been feeling like we have outgrown it. When we stand on our front porch and listen to the wind, whispering in the trees, it’s telling us that it’s time to move on.

So we are. Moving onwards and, hopefully, moving upwards.

Helpful suggestions for places to live, places to avoid, estates agents to give a wide berth etc are very welcome, either here or across on the DorkyMum Facebook Page. And if anyone has a flat they’d like to lend us for a couple of months, now’s the time to speak up!